I remember fondly my first unconference, UKLocalGovCamp, in Birmingham in 2009. It really was life-changing for me; the way it opened my eyes to the possibilities of disruptive innovation was the catalyst for me eventually becoming a freelancer. I made many long-standing friends, makers and activists inside and outside local government, there, too.

Since then I’ve attended many more, and have run or facilitated a good number of unconferences, and unconference-style sessions within more traditional types of events. If I say so myself, it’s something I’m good at, and I certainly enjoy it.

So I was pleased, last Saturday, to be able to spend the day in London to attend, and help to facilitate, HASLibCamp, an unconference for librarians in the field of Health and Science. That’s a relatively narrow focus, and so the event wasn’t as big as some I’ve been to, but in no way did that diminish the quality of the sessions, nor the participants’ enthusiasm.

After housekeeping and introductions on behalf of our host, the Department of Library & Information Science at London City University (CityLIS), I asked for a few shows-of-hands, and quickly determined that we had been joined by academic, commercial, hospital and public librarians, and archivists, as well as some student librarians.

I then explained how unconferences work, and invited any of them who wanted to, to give a thirty-second “pitch” for a session in which they wanted to participate, or a topic they wished to discuss.

Luckily, we had just the right number of pitches for the rooms and timeslots available, leaving two gaps after lunch, which were filled during the day with follow-up sessions. A “chill out” room was also avaialable, as was space for ad-hoc discussions and meetings.

I pitched two sessions, one on ORCID identifiers (what they are, and how librarians can help to embed them in their organisations), and another – in response to a request received before the event – on Wikipedia, Wikidata and my work as a Wikimedian in Residence.

I also attended a session on what public libraries might learn about giving healthcare information, from academic libraries. Several resources were mentioned and are linked in the Storify reporting (see below). My final session was billed as being about understanding customer needs, and took the form of a lateral-thinking exercise.

I’m grateful to the Consortium of Independent Health Libraries in London (CHILL) for sponsoring my attendance at the event (a condition of which was that this blog post be written). 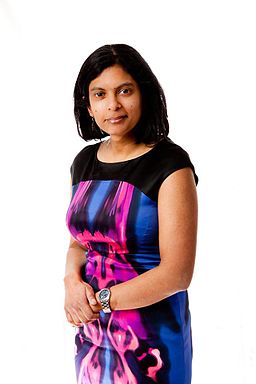 A couple of weeks ago, I reached out on Twitter to Jamillah Knowles, and asked her to kindly record her voice for her Wikipedia biography, as part of the Wikipedia voice-recording project I initiated. This she generously did; then surprised me by asking if I would talk about Wikipedia for her Outriders show on BBC Radio 5 Live.

We pre-recorded the interview, and it was broadcast at the unsociable hour of 3am this morning. Fortunately, it’s also online, as part of the Outriders podcast (indexed under today’s date, 20 November 2012), so you can hear it at your leisure. It takes up the first twelve minutes of the show.

We discussed QRpedia, my current role as Wikipedian in Residence with Staffordshire Archives and Heritage Service, and my favourite Wikipedia article, The King of Rome.

This post is available under a Creative Commons Attribution-ShareAlike (3.0 Unported) licence. Attribution should include a link to the post, or, in print, the short URL http://wp.me/p10xWg-r8.

From time to time, people are kind enough to mention me, with a link, in their blog posts. Usually, in a positive way. I’m very grateful when they do. (the relevant HTML markup being, in the first example,
<a href="http://twitter.com/pigsonthewing">Andy Mabbett</a>).

Now, like I say, I’m very grateful for the attention. But I do wish they would link to my website, instead:

For two reasons. Firstly, though Twitter is fun, and I use it a lot, it’s ephemeral, and not everyone reading those post will want to use it. My website, on the other hand, has more about me and the work I do. Secondly, I need the Google juice (the value afforded to incoming web links by PageRank, the Google search algorithm ) more than Twitter does.

This isn’t just about me, though. The same applies every time a blogger or other web page author — and that probably includes you — links to anyone or any organisation, with their own website or blog. Please don’t just link to their page on Twitter, Facebook, LinkedIn, or on some other social networking site. Of course, do that as well, or if it’s the only online presence they have.

But if they have a website, as I do, please make that the primary destination to which you link. And hopefully, they will reciprocate.

As you may know, I left my job with Birmingham City Council (after 21 years!) at the end of April, and am now in the process of setting up as a freelance advisor on online communities and content. I’ll write more about that soon; it was my plan to take May off, to do some bird watching, relax, and plan my future activities — including trying to come up with snappier way to describe the services I’ll be offering!

However, I was delighted to be immediately approached by Vicky Sargent of Boilerhouse, and asked to be part of the ‘Making A Difference with Data‘ project, set up to spread understanding about open data and transparency in local public services.

My role will be to blog, and aggregate bookmarks, about good and bad practice in publishing and using open data in the roads and transport sector. (My MaDWD blog posts will be linked to, from the ‘My comments elsewhere’ section of this site; and will appear on my MadWD profile page.) I’ll also be involved in running an on-line conference in June.

I’m delighted to have found my first gig so quickly, and really looking forward to a task which focusses on a subject about which I feel passionately.

I’d be very interested to hear what you think are the issues affecting that subject; good examples you’ve come across, and relevant datasets which you’d like to see made available openly. Examples from overseas are especially welcome.

I hope you will forgive me for immodesty repeating Manu Sporny’s kind and fulsome recommendation of me, from my LinkedIn profile, for the benefit of those of you who don’t have accounts there:

I had worked with Andy in the Microformats community, developing international standards for the Web. During this time Andy not only excelled at providing technical feedback and review, but led several bold initiatives to standardize the classification of planetary-geo-location and living species on the web. While a logically consistent and wise technical contributor, his influence on the direction of the community was also vital. Andy’s role in questioning and influencing the core philosophy and community process was and continues to be deeply appreciated.

I’m genuinely touched by that. Thank you, Manu!