Every time I visit London, with my Brompton bicycle of course, I try to find time to take in a museum or art gallery. Some are very accommodating and will cheerfully look after a folded Brompton in a cloakroom (e.g. Tate Modern, Science Museum) or, more informally, in an office or behind the security desk (Bank of England Museum, Petrie Museum, Geffrye Museum; thanks folks). 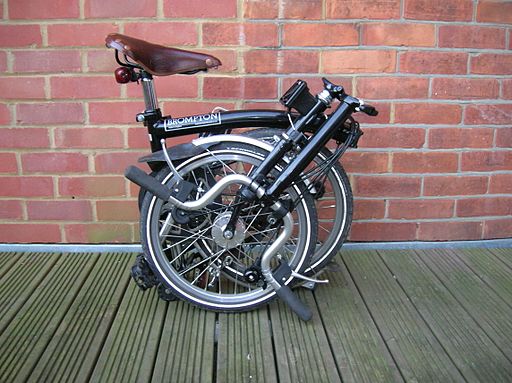 Others, without a cloakroom, have lockers for bags and coats, but these are too small for a Brompton (e.g. Imperial War Museum, Museum of London) or they simply refuse to accept one (V&A, British Museum).

A Brompton bike is not something you want to chain up in the street, and carrying a hefty bike-lock would defeat the purpose of the bike’s portability. 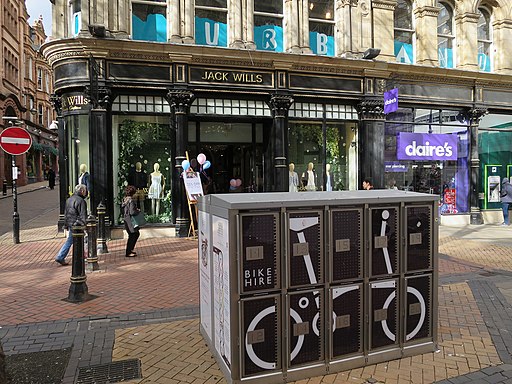 This Brompton bike hire unit, in Birmingham, can store ten folded bikes each side. The design could be repurposed for use at venues like museums or galleries.

I have an idea. Brompton could work with museums — in London, where Brompton bikes are ubiquitous, and elsewhere, though my Brompton and I have never been turned away from a museum outside London — to install lockers which can take a folded Brompton. These could be inside with the bag lockers (preferred) or outside, using the same units as their bike hire scheme (pictured above).

Where has your Brompton had a good, or bad, reception?

Less than two hours after I posted this, Will Butler-Adams, MD of Brompton, >replied to me on Twitter:

agreed, let us know the museum and we will work on it 🙂

so now I’m reaching out to museums, in London to start with, to see who’s interested.